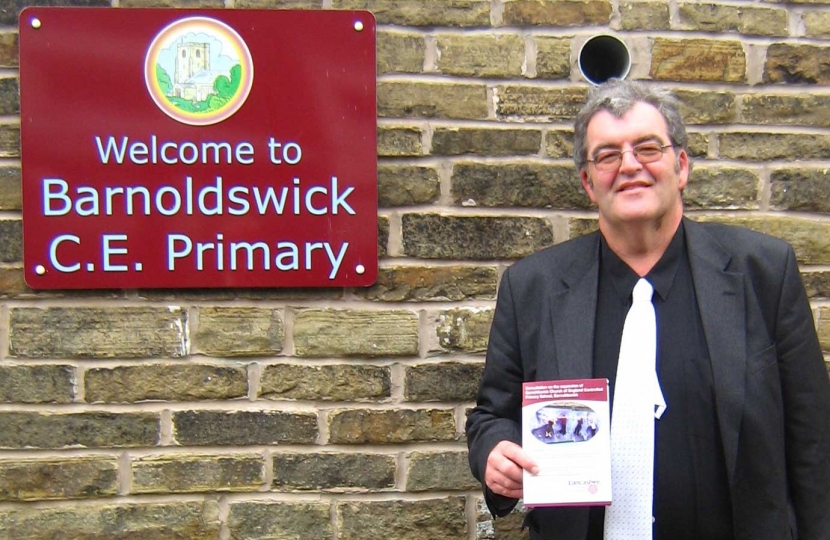 New School is One Step Nearer! Pupils, staff and parents of Barnoldswick's York Street, Church of England School are celebrating at the prospect of their new school being built. Earlier this month Councillor Susie Charles [Cabinet Member for Schools] gave the go ahead after consultation for the next stage of planning.

One parent and former pupil said" it's absolutely fantastic that at last we can look forward to a brand new state of the art school for our kids." The new school is planned to be located alongside the West Craven High Technology College on Kelbrook Road. She went on to say "The staff do a great job given the cramped conditions they have to work under , just imagine what we could do with all that space, it really is a dream come true. When I went to the Church school they wanted to build a new one even then, but it's taken many years and lots of hard work from our County Councillor."

Keith Bailey, County Councillor for West Craven said "I've lobbied hard for this new school; someone told me it was likely to cost in the region of £7m, that's a massive investment in our area with 21st century facilities for a 21st century education and beyond. Giving future generations the best possible start. If this was the only legacy I left as the County Councillor for West Craven I would be more than happy." The next stage is to submit and have detailed plans passed. It is proposed that if granted the new school will be built by 2013. Detailed plans will be submitted shortly and the general public will have the chance to comment on the new proposals.